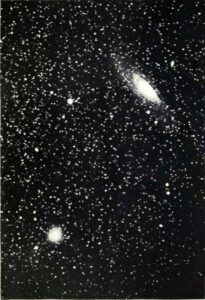 [T]hanks for the question. It’s not that souls inhabit them after the fact, we are all souls. All bodies are souls reincarnated into a physical form. (Think of a plane’s captain where s/he says, “we have 120 souls on board.”)

So, when the physical body can no longer survive, the soul itself doesn’t die, it just changes into a different form. Spirit form. Like in another dimension. The soul is the same. The soul never left, the soul is the constant, it’s the body that is transitory.

But the soul remains. So, let’s say I speak to someone in spirit. That soul is going to present themselves to me in a way that the person I’m reading for can recognize and understand. Even if it’s been a long time and they’ve had other lifetimes, on the other side, there is no sense of time so they just tell me about that specific lifetime.

It’s also why people may be instantly connected to one another, or like when you find an animal and look into their eyes and feel like you know them. You do! You are just recognizing them through their eyes which is a portal to recognizing that soul.

Perceptions of Spirituality “To ride on a broomstick and fly:…

ASK CAAT Question: “I find that I have fears of…

Question: Sometimes I get confused when I talk to my…