The Lion, The Witch & The Wardrobe
Allegory of Christ & the Symbolism Within

What do a talking lion, who is both feared and revered; an evil witch, who casts spells; and a wardrobe, in an otherwise empty room all have in common? An unlikely combination? 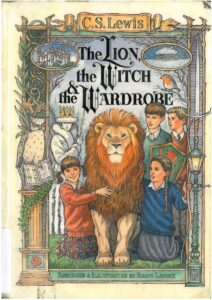 Yes, but they do have something in common: they are all part of a literary allegory written by C.S. Lewis (a born again Christian and literary scholar who wrote many such Christian allegories) and serve as symbols relating to enlightenment and the coming of and rebirth of Christ.

THE CRUCIFIXION
One does not necessarily need to be Christian to recognize the allegory in the story, “The Lion, the Witch & the Wardrobe;” One need only have the most basic understanding of the story of Christ. In fact, Lewis is very blatant, in one respect, as to his religious intent in the fact that four of the major characters, the children, are called the sons and daughters of Adam & Eve. This sets up foreshadowing for later points in the story in that traditional Christianity views Adam & Eve as the original sinners; therefore, their sons and daughters carried those sins for which Christ eventually died for.

The story’s metaphor of Christ dying for their sins is not quite as linguistically blatant, but certainly clear. The exposition for this begins after Aslan the Lion, the Christ figure, speaks privately with the White Witch, who symbolizes the Devil, or the embodiment of evil, to negotiate the release of Edmund, one of the children who had turned himself over to the White Witch. Edmund symbolizes the sins of man. After this conversation, Aslan becomes very quiet and solemn. What follows is his slow and somber walk up the hill to the Stone Table. This is representative of Jesus’ walk through the streets of town carrying his cross and being followed by his disciples, just as Aslan was escorted by characters Lucy and Susan.

Once arriving at the Stone Table, Aslan, courageous and majestic (the traditional connotations of a lion) is tightly bound with ropes and muzzle, and beaten unmercifully. Aslan has the capability to resist, but doesn’t because of his code of honor and is killed while Lucy and Susan watch. This is the metaphor for Jesus dying for the ‘sins of man.’ The fact that Aslan is killed on the Stone Table is significant because the Stone Table, with it’s carvings of an unknown language, symbolizes the Ten Commandments. 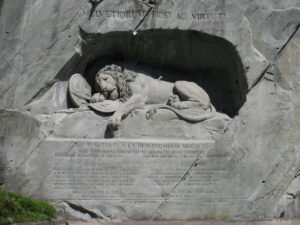 The fact that the White Witch and her followers, representing the Romans, killed Aslan on this table signifies the breaking of those commandments, particularly that of “Thou Shalt Not Kill.” It is also interesting to note here that in this story, as in much of children’s literature, the evil force is represented as a witch. In the days of Jesus, the Romans worshiped pagan Gods. Witches are self-proclaimed Pagans, and even though the Gods that Wiccans follow may be different than those that the Romans followed, it makes a statement on the religious aspect of many of these stories: the statement that in Christian belief, Pagans killed Jesus, therefore, all Pagans are evil. This is a stigma that, to this day, those of the Wiccan faith carry.

This allegory continues with Lucy and Susan crying, as did Jesus’ disciples. They go to a lifeless Aslan and remove the muzzle and the ropes (after being gnawed away at by the mice). This symbolizes the disciples preparing Jesus’ body for burial. In their grief, they turn and watch the sunrise, representative of a New Day (Easter). At that moment they hear a loud sound and turn to see the Stone Table broken and Aslan is gone. This represents the bolder of the tomb being moved and Jesus rising from the dead. Aslan goes on to ‘save’ his disciples by removing them from under the witch’s spell.

THE SEARCH FOR ENLIGHTENMENT
The basic theme that this story follows is that of the battle between good and evil. This is shown, not only in the death of Aslan and the ensuing battle, but throughout the story, on other expeditionary levels as well.

The children, who are symbols of Jesus’ disciples, stumble into the world of Narnia, quite by accident, through a wardrobe in the house they are staying in. The house is huge with numerous hallways and empty rooms. This represents the confusion and searching that people experience before “finding God.” In fact, at the beginning of the story, there is a segment alluding to their ensuing, if not sub-conscious, future journey. They hear a noise and all make comments on what it might be.

“It’s and owl,” said Peter. “This is going to be a wonderful place for birds…Did you see those mountains as we came along? 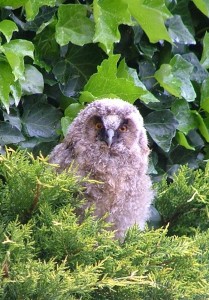 And the woods? There might be eagles. There might be stags. There’ll be hawks.” “Badgers,” said Lucy. “Foxes,” said Edmund. “Rabbits,” said Susan. (Lewis, 1950, pg. 3, ¶5.)The significance of these symbols are as follows:

• Owls are associated with being wise and they traditionally sit “in the East, the place of illumination.” (Sams, et al., 1988, pg. 121, ¶1.) This relates to the fact that in several areas of the book, once the children met Aslan, they looked to the East. This symbolizes their illumination and enlightenment through their association with Aslan.

• Birds represent freedom; the freedom from evil the children strive for and eventually attain.
• Mountains represent attainment; attainment of their goals of enlightenment.
• Woods are made up of trees. This stands for the tree of knowledge and the protection the children receive.
• Eagles represent spirit; the spiritual association and guidance they seek.
• Stags represent strength, endurance and stamina; the things that the children need to overcome evil.
• Hawks are thought of to be messengers; this represents the message of Christianity.
• Badgers represent aggressiveness; the aggressiveness needed to stand up for conviction.
• Foxes represent camouflage; in camouflage they take flight from persecution.
• Rabbits represent fear; the fear that they will be overtaken by evil.

This may be an appropriate place, also, to mention the significance of Mr. and Mrs. Beaver. Beavers are builders. 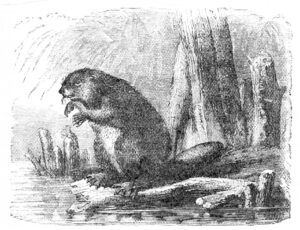 The first plot point for the children is the decision to explore the house, which ultimately leads them to the wardrobe. This wardrobe stands for the gateway to their enlightenment, as symbolized by the lamppost upon their arrival in Narnia.

The characters of Lucy and Edmund are more major, hence, more complex than the other two. We know that Lucy is the youngest, so it is fitting that she is the first to enter the wardrobe because younger children are more trusting and believing. And by Edmund lying about his first individual adventure, we find he is dishonest and self-absorbed, seeking only his own immediate gratification. All of the children are dynamic characters; their adventures lead them to maturity and a spiritual awakening. However; Edmund (symbolizing Judas) is the most dynamic of the four in that he is the one who “loses his way” and betrays the others by going to the castle of the White Witch, then finding his way to “salvation,” so to speak.

The other theme that is very evident here, is that of the monomyth. One aspect in which this is evident is in the use of the moon as a symbol. Not only is the moon circular in image, to this day it is widely regarded as cyclical. It is interesting to note that the moon doesn’t make it’s first appearance until some time into the story. Once it does, the frequency of it’s appearance, in reference, is directly related to unfolding events. The more fervent the events, the greater the reference to the moon.

Another indication of the monomyth is the use of the seasons. 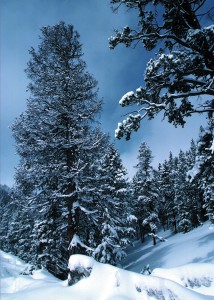 The fact that it is always winter (without Christmas) in Narnia, then turns to spring when Aslan arrives, symbolizes not only the state of mind of the region and characters, but the rebirth of a new day. In a way, it is also a foreshadowing to the rebirth of Aslan after his death. In fact, the scene in which Kris Kringle arrives, prior to the appearance of Aslan, and bestows gifts upon the children, is symbolic of the three wise men bearing gifts for Jesus at the time of his birth, as well as that things are changing. Additionally, the use of seasons make the comment that before the birth of Jesus, life was dark and dreary because evil ruled the world. It was not until his coming that people became enlightened (springtime) by his example, guidance and teaching. Such is the role of Aslan.

So we can see, although Lewis succeeded in writing a highly successful and fantastic tale for the enjoyment of children, “The Lion, the Witch and the Wardrobe” is much more. It is a highly multi-dimensional tale that weaves Lewis’s own personal convictions into a tale of adventure and insight that can be appreciated by adults as well. Where children may learn these intended messages on a sub-conscious level, adults can look at Aslan, the Christ figure who died for other’s sins; the White Witch, the embodiment of evil that must be overcome; the wardrobe, the gate to a new world; the lamppost, a guide to enlightenment; the animals, representing the qualities needed to overcome adversity and grow with change; and at the cycle of life, represented by the light of the moon and the change of the seasons.

Finally, although all who read this book may not believe in the teachings of Christ, the theme of good vs. evil stands as the mountains people must climb, and the choices they must make.

Root Cause of Addiction “If you’ve got bad news, you…

Hook a Canuck to get free health care: You can…