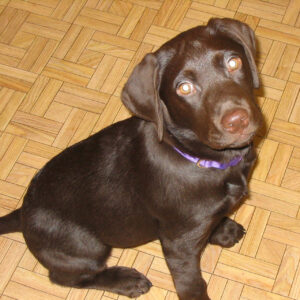 Unequivocally, yes. Animals like new names for a new life. Or if their name isn’t working. I can’t tell you how many improvements have been made with my clients when they change their animal companion’s name.

You have just adopted a new dog or cat. Unless it is a situation where they came from a god home and their pet parent died or went to nursing care, give them a new name. Most don’t. Most come from difficult backgrounds, even if bred (please don’t ever buy from a breeder) and they want a new name for a new life. Many don’t want to be reminded of their prior lives, and they are, if you keep their name.

You have a name that isn’t working, or that the animal doesn’t like. For instance, you have an aggressive animal. Let’s say his name is Odyssey. That name connotes the Trojan War. Animals may not understand every word of English, but we speak words with intent, and they understand intent. They also have a tendency to live up to their names. So if there is a behavior you want to work on, find a name that is the antithesis of that behavior. In this case, find a peaceful name. I know it sounds silly, but it works. I usually recommend you decide on the meaning, then look at different meanings in pretty or ancient languages, like Hawaiian, or Lakota, or Sanskrit.

Outside of that, animals want names that fit them and their personality. Don’t name them derogatory things and don’t name them things simply based on their looks. It demeans them. Get a feel for who they are. I spoke with one cat whose name was Tigger. Again, she didn’t know who Tigger was but the people who called her that did. She hated that name. She saw herself as a proper, regal girl. It felt demeaning to her to be called a “goofy” name. A week later, I heard back and they said she was like a new cat.

As I say, the only time I wouldn’t change a name is if they had a wonderful life and relationship with their prior pet parent, who is no longer around by no fault of their own, or simply the like the name very much and it fits them to a tee. And even the latter, it would be okay if you came up with something equally as acceptable to them.