“No one in the world needs a mink coat but a mink.”
~~ Murray Banks 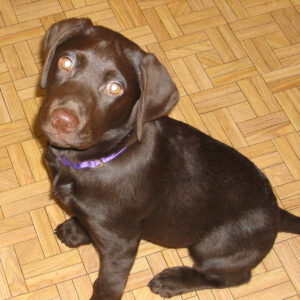 I believe in animal rights, and high among them is the right to the gentle stroke of a human hand.
~~ Robert Brault

I ask people why they have deer heads on their walls. They always say because it’s such a beautiful animal.
There you go. I think my mother is attractive, but I have photographs of her.
~~ Ellen DeGeneres

“Love the animals, love the plants, love everything. If you love everything, you will perceive the divine mystery in things. Once you perceive it, you will begin to comprehend it better every day. And you will come at last to love the whole world with an all-embracing love.”
~~ Fyodor Dostoyevsky

“Non-violence leads to the highest ethics, which is the goal of all evolution. Until we stop harming all other living beings, we are still savages.”
~~ Thomas Edison

“The greatness of a nation and its moral progress can be judged by the way its animals are treated.”
~~ Ghandi

“The soul is the same in all living creatures, although the body of each is different.”
~~ Hippocrates (Greek physician & philosopher 460-377 BC)

“He who is cruel to animals becomes hard also in his dealings with men. We can judge the heart of a man by his treatment of animals.”
~~ Immanuel Kant

“Sometimes, it’s not fair to the animals. We’ve domesticated them and all of a sudden we tell them,
‘Sorry, there are too many of you so we are going to leave you outside.’ There is something morally wrong with that.”
~~ Kevin Kilgore

“There is not an animal on the earth, nor a flying creature on two wings, but they are people like unto you.”
~~ The Koran

“I don’t believe in the concept of hell, but if I did I would think of it as filled with people who were cruel to animals.”
~~ Gary Larson

I care not much for a man’s religion whose dog and cat are not the better for it.
~~ Abraham Lincoln

“I am in favor of animal rights as well as human rights. That is the way of a whole human being.”
~~ Abraham Lincoln

Animals share with us the privilege of having a soul.”
~~ Pythagoras (philosopher and mathematician, 570-495 BC)

Hunting is not a sport. In a sport, both sides should know they’re in the game.
~~ Paul Rodriguez

“Compassion for animals is intimately connected with goodness of character; and it may be confidently asserted that he who is cruel to animals cannot be a good man.”
~~ Arthur Schopenhauer (German philosopher, 1788-1860)

“There are two means of refuge from the miseries of life: music and cats.”
~~ Albert Schweitzer

“By ethical conduct toward all creatures, we enter into a spiritual relationship with the universe.”
~~ Albert Schweitzer

“Until he extends the circle of compassion to all livings things, Man will not himself find peace.”
~~ Albert Schweitzer (German-French theologian, musician, philosopher, and physician, 1875-1965)

Animals are my friends… and I don’t eat my friends.
~~ George Bernard Shaw

“If man could be crossed with the cat, it would improve man but deteriorate the cat.”
~~ Mark Twain

“I believe I am not interested to know whether vivisection produces results that are profitable to the human race or doesn’t. To know that the results are profitable to the race would not remove my hostility to it. THE PAIN WHICH IT INFLICTS UPON NON-CONSENTING ANIMALS is the basis of my enmity toward it, and it is to me sufficient justification of the enmity without looking further.”
~~ Mark Twain

“In studying the traits and dispositions of the so-called lower animals, and contrasting them with man’s, I find the result humiliating to me.”
~~ Mark Twain

Root Cause of Addiction “If you’ve got bad news, you…

Hook a Canuck to get free health care: You can…