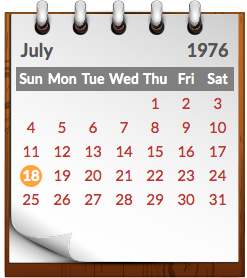 At 4am on Sunday, July 18, 1976, my mother woke me by calling my name. I raced out into the kitchen to see her frozen, phone in hand, saying, “Dad’s not breathing” I grabbed the phone and dialed ‘O’. (There was no 911 in those days.) When the operator answered, I told her we needed the emergency squad and gave her my address. She was on it immediately. I could hear the determination of going into action, of the most important part of her job, kicking in. She told me they were on their way, and I hung up the phone (also a difference between then and now) and ran to my dad, laying peacefully in bed.

Not knowing enough, but just a little, I started to give him mouth to mouth resuscitation. I was only 19. I don’t know if I stopped because I was just in shock, didn’t know enough about emergency procedures, didn’t know CPR, or if on some level I just knew he was gone.

When the emergency squad got there, as my mother and I stood there together, hugging each other and watching, they very quickly told us he was gone. And that was it. That day, 40 years ago today was the last day on earth I spent with my father. I’ve always been grateful that the last thing I said to him was, “I love you, have a good night’s sleep” and kissed him good night.

My father owed us nothing. By all rights, he should have been gone 8 years earlier. He had had a massive heart attack that destroyed three quarters of his heart. None of the doctors at the time would bet a nickel on him living a year. But that wasn’t my dad. 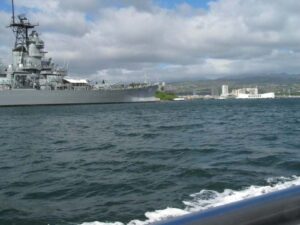 Dad’s approximate perspective from where he was in the harbor.

A Pearl Harbor survivor, who was in the middle of the harbor when it was bombed, he told me stories of helping people onto his transport who had abandoned the Oklahoma. He watched the Arizona go down, and said he could see the whites of the Japanese pilots’ eyes they were flying so close.

Like my husband, he looked at how they treated me and didn’t like them much for it. He did what he could when he could, but by the time he stopped drinking, when I was 9 or 10, I didn’t have all that much time with him as a sober person.

On our Pearl Harbor tour, 30 years later, in 1971. Dad sharing his experiences with me. (Mom doesn’t look too happy.)

But what I learned from him through that was strength and insight. He was a flawed person. We all are. However, it becomes our own responsibility to acknowledge and deal with those flaws, and the experiences that created them. My father faced them head on.

He was insightful. He had the ability to look at himself and the courage to change. He quit drinking when it affected the family. He quit smoking when he had his heart attack (many do not.) He beat cancer, and then died of a heart attack just one week after being told that his year and a half battle with Cancer of the Larynx was over. He had beat it. I guess it was just his time to go.

He hung around for longer than we ever could have imagined, and he did so for us. Many people feel anger towards family members when they die, not me. He stayed alive for me, and I knew it.

I remember sitting in a cancer support group with him one day, him saying, “Well, I just don’t know why I should bother [fighting to live].” Tears welled up in my eyes. I said to him, “You should bother for me. For mom, for [brother]. You have us to live for.”

From that moment on, everything changed. His whole demeanor and attitude changed. He went from being a man defeated, and became a man determined. Determined to kick this cancer, for us, for me. And he did. He owed us nothing. He was living on borrowed time from that moment, 8 years prior when he had his first massive heart attack. I guess it was just his time. Everybody has one. 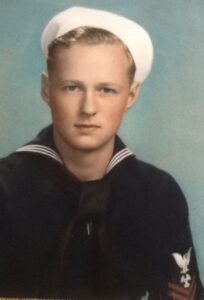 My handsome dad in his younger days. I wish I had more photos of him the way I remember him, as well.

I just wish his hadn’t been so early in my life. I needed him. I still do. He was a man of strength, courage, and integrity. Anything that I didn’t learn on my own for lack of other family members teaching me, as they should, I learned from him.

He taught me the value of money. He raised me with the goal of earn a living on my own, even though I was female, rather than the expectation that it was my lot in life to simply get married. He modeled to me the strength and courage to look at, and change, one’s self for the better, to have an open mind, and to be able to talk to anyone, anywhere about anything.

As an evidential medium, through different channels, I have heard from my father throughout the years. None so significantly, however, than a reading by Thomas John, a medium just now making a name for himself. 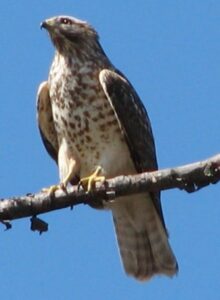 Hawk: A messenger, meaning the ‘ability to see.’ He came to me at a time I was just ‘coming out of the fog’, being able to see things more clearly, so that I could make the tough decision I was about to make.

I saw him at a breakfast circle. He has an interesting style in that he doesn’t read one person and then move on, he reads many people simultaneously. Not sure how he does that, it was rather confusing, but he was spot on with my father. It was so comforting to hear, after unquestionable evidence, how proud my dad is of me. How he supports what I do, how he sees my art, my work, and how supportive he is about a recent, very difficult decision I made in my personal life. Not only was he supportive of it, he fully expressed his understanding and agreement of why I did it. I guess it’s his way of still protecting me, to this day.

I see my dad in different ways on different days. The hawk that stood on the woodpile, two feet outside my living room window, looking in. The poke in my hip in the middle of the night, waking up to see him standing next to me, only to disappear when I came to full consciousness, (then closing my eyes saying, “no, come back, come back!”) I know he was still there, but the veil is only so thin. The connection in meditation when he brought through his sister, her husband and my cousin from another aunt, his presence fully palpable.

I know he’s here, he always will be in so many ways, but I wish I could have just one more day with him in my world, as he was, 40 years ago today.