With the 4th of July coming up, thought I would share a story I wrote several years ago.
———- 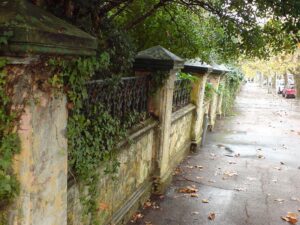 I didn’t really feel like going shopping on the day before Independence
Day. I had to get up at 6:30 for a networking meeting, (I’m a freelancer
and usually sleep until 8:00,) I had a mild headache and, basically, I
just don’t like or do it very well. But I didn’t want to make my husband
do it, he had to work all day and it would have been a real mess by 6pm.

I should have really stopped on my way home from my meeting, around 10am.
It probably wouldn’t have been so crowded. But I wanted to get home to
follow up on a job lead I had gotten that morning. I figured that if I
got to the store by 1 or 2, it should still be not too crowded.

I was wrong. It was a mess. No one could get through the isles. So I
had two choices if I wanted to get my shopping done: I could struggle my
way through, getting upset at all of the people bumping and shoving, or, I
could make the best of it. I chose the latter. In the process I did the
following:

I found out from a lady in the neighboring town that people were already
lined up waiting for the 4th of July parade. (Amuzing because the town is
so small the parade lasts no more than 10 minutes.)

I joked with people about the grocery cart traffic.

I met a man who was buying food for more people than he could really
count, all family members. (He didn’t seem very happy about it.)

I learned how to pick out sweet white corn. (I did a good job. It tasted
great.) 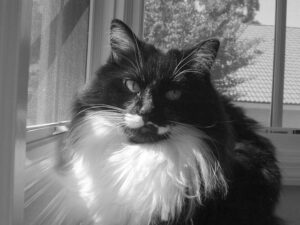 I met a woman with a tuxedo cat (Peter) whom she got from the pound. She
learned about the tuxedo cat that I found on the side of Hwy 1 and gave to
my mom, as well as about my two cats, one from the pound (Puma) and one
who adopted my husband and I (Cairo.) She learned that we named Cairo
that because he looks so Egyptian. (We concluded that all kids involved
were very lucky to have found us for parents.)

I learned that my local Albertson’s must be unionized because the bagger
was going to earn triple-time for working on the 4th. We decided that was
a good move because she only had to work from 7am-1pm and would still have
time to b-b-q and watch fireworks, as well as raking it in.

I learned a million different things from all of the little encounters I
had with people in the same situation that I was in: having to do holiday
shopping on the eve of the holiday in an insanely crowded store.

I could have just kept to myself and gotten upset with all of the mess,
but I chose not to. I can’t help but think that I’m the better for it. I
was in a good mood when I came home. I hope that my striking up
conversations with these people did the same for them.

We all have choices. We can all pick our battles. Sometimes it’s hard to
discern the ones we should from the ones we shouldn’t. But life would
sure be a lot more pleasant all the way around if we could all “not sweat
the small stuff.” 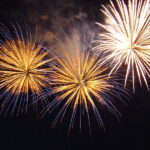 But make no mistake, my little shopping excursion was a
two way street. I may have started the conversations, but all of the
people I spoke with had to be receptive to them. What a nice experience
that was.

Hope you all have a happy and healthy 4th. — Caat

—
Book Recommendations for attaining a higher spirituality:
The Four Agreements: A Practical Guide to Personal Freedom (A Toltec Wisdom Book)