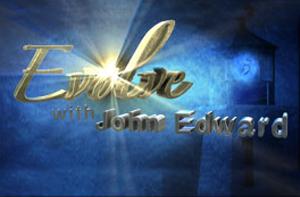 I recently had the good fortune to be unexpectedly interviewed by John Edward on his membership show, Evolve. (I have asked for permission to share the segment but have not yet gotten response. I’m hoping to hear back from them soon. It’s no longer available through Evolve.) However, because of this unexpected interview, where I was suppose to have had an on-air reading, I was blessed to get a private reading from him instead.

As many of you know, I am an animal communicator, and a psychic medium myself. I love doing both. When taking an advanced mediumship class with Lisa Williams, I realized not only how much I love doing mediumship, but also wanted to make sure that my mediumship did not interfere with my profession working with animals. There was, in fact, a part of me that wondered if I should be doing just one or the other.

I became a medium because I woke up and literally heard a voice in my head tell me, “You need to become a medium and a healer.” This was at a time when I had no particular connection to or knowledge of either. It’s not like I had just lost someone in my life and become enamored with mediums or anything, I knew nothing about energy healing, I just simply heard the voice in my head. (In fact, when I told John Edward about it, he said, “Oh, okay. I get it. I get it. It’s like being anointed by the mafia. You’re in it for life.”)

And that was the crux of my dilemma. Even though my animal communication practice was taking off, and I love doing it, I wondered if I should be setting the mediumship aside. But I just couldn’t go against, the “Godfather’s” wishes. 😉

When I was having my reading with John, we talked about this. John is not so hot on the number of people he sees jumping on the bandwagon to learn mediumship because they’ve seen him as a TV personality, not understanding the true significance of the craft. I’ve read this in one of his books, and our conversation played that out. (I believe he thought I might be one of those people, before I explained how I got into it.)

There’s nothing about mediumship that I equate with fame and fortune. When I was a professional musician, I dreamed of that, of course. That’s what musicians do. With mediumship – not so much. In some ways, it seems far too personal. Not that I don’t want personal success in my field, it’s just kind of an odd concept to me for what I do.

We talked about the importance of having a specialty, and in all honesty, I agree with him. (I do, of course, understand people needing to make ends meet. They need to offer what they can if they are legitimately qualified. After all, I did tarot for 30 years, so I still teach classes now and again, and still do an occasional reading for my loyal clients who understand how I use tarot and are not looking for me to ‘tell their future.’) But the conversation stuck with me. “Why would I have been ‘told’, in no uncertain terms,” I’ve asked myself, “to follow this path if it were not the path I was suppose to be on?

Having the reading with John was eye opening for me, not only for the reading itself, but for the auxiliary things I have gained from it since. He was every bit as accurate as I would have expected. 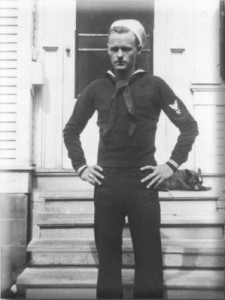 (I do wish I had told him I specifically wanted to hear more from the other side, because I really did want to primarily hear from my dad, and feel a little bad that I ‘missed my chance.’ I know, however, I probably got exactly what I was suppose to have. Not to mention that even mediums get ‘psychic amnesia’ when their getting read. He kept mentioning a “P” name and I can’t believe I didn’t tell him it was my cat, ‘Puma’ who was with my dad.) :-p

That aside, in the reading, I learned some great things confirming personal stuff in my life, and some hopeful things about my practice. But what I learned from the experience itself, was so much more.

For one thing, through the years, I’ve learned an awful lot from watching John Edward work. He’s always been my favorite medium, because I feel he has a sense of grounded-ness and ethics that I identify with in my own personal and professional life. That was confirmed for me in the conversation we had, which was a real treat, talking to someone with a ‘professional colleague’ tone to it, which I don’t have much of, because I don’t know that many mediums with similar points of view.

It was interesting to me being on this side of the reading because, while my ultimate goal is always to be as good of a medium as him, my goal has never been to be a carbon copy of him. (Always shoot for the moon, otherwise we limit ourselves). Yet, until I was on this side of the reading, I wasn’t sure how my style really differed, or if I had gotten to that point in my professional development where I had even developed my own style. It was kind of cool to see that I have.

Even though we both have our moons in Aquarius (which, according to him, allows a certain detachment when doing emotional readings) by his own admission, he is not an extraordinarily touchy-feel-y person when he reads. Me? Eh-no. My readings consist of, of course, the evidence and the message, but I’m all about diggin’ down and dirty if that’s where people need to go.

Before he knew what I did for a living, he said, “You seem like a metaphysical person. It looks like you do some sort of counseling or motivating people.” That’s exactly right. Many of the readings I do end up with some real heart to heart exchanges. After my reading with John, I realized, “that’s okay, because that’s me.”

Since every reader filters through their own frame of reference, I have always believed that the universe guides people to the reader which will help them best. This reading drove that point home for me in a way that was very enlightening to my own style. For a long time I questioned whether it was ‘okay’, for instance, to show emotion with a client when one of their pets transitions, or to cry with them, (I feel I know a lot of these fur-kids after working with them for so long), but as many people have told me, ‘that’s what makes you, you.’

I just had lunch today with a mediumship client who I believe was able to find me for that very reason. I feel blessed to have been able to bring her father through in a very significant way. Furthermore, I was able to relate to a very specific situation in her life that her father brought through. It was a situation that many people may not have personal knowledge or awareness of. It doesn’t mean that another medium she might have found wouldn’t or couldn’t have brought her loved ones through, but for whatever reason, I believe, she was led to me because I had a specific frame of reference for what she was going through and what her dad was talking about. 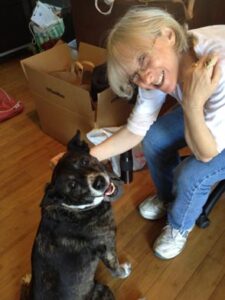 I had thought about this woman after my reading with John for that very reason. When we had the conversation about having just one speciality, I had to ask myself again, ‘why was I chosen to do this, when I speak to animals so often?’ Thinking of this instance helped answer that somewhat, but what really drove the point home was a reading I had with a dog just a few days later.

I don’t even remember what behavior we were working to correct, what I do remember was that the woman’s mother and father would not let me talk to the dog until they said what they had to say. They came through by showing me a car fire and someone who had nearly died. The woman confirmed that her sister had been in a car accident where her car caught fire and she miraculously walked away. Her father came through to tell his daughter that he was there, that he helped her sister walk away from the accident. It was very important to him that she know this.

After we spoke to her parents, I was easily able to continue on with the conversation with the dog. It hadn’t occurred to me before this, however, the number of times a spirit comes through during a communication with a pet, but this instance showed me why I’m suppose to be both animal communicator and medium.

Just as the woman most-likely ended up with me because she and I had a common experience that enabled me to understand messages her father was giving her, I believe there are people who will come to me for their pets when there is also something important that they need to hear from their human loved ones on the other side. Many people will do anything for their pets, even if they are skeptical, but for whatever reason, they may not ever think of contacting a medium, so their pets do it for them.

Furthermore, while I might feel those energies if I were just an animal communicator, just as mediums might pick up animals when they are talking to human spirit, my ‘initiation’ into the ‘mafia’, serves a purpose, allowing me to add another level of connection when the situation calls for it. (That same week, I connected a dog with his departed human father, who was also the brother of the woman who called me, who is now the dog’s new person. So not only was I able to connect the woman to her brother as a medium, I was able to connect the dog to his dad as both a medium and an animal communicator.)

I know that this is not the path that most people take, nor should they try. In some ways, I didn’t really have a say. Once I began communicating with animals, there was no question I was on the right path. But for the mediumship, I knew I was suppose to be doing it, I just didn’t understand why, considering my work with the animals. So while I may not have really been able to hear from my dad in the way that I wanted to from John Edward (not that I needed proof, I just miss my dad) I probably got exactly what I needed, which is what this is all about.

I do believe that, like John Edward says, people get what they need, whether it be a personal message or through watching someone else get a reading. And I believe that they also get what they need by the universe guiding them to the people who might be able to ‘make the penny drop’ for them, for whatever reason, through whatever frame of reference.

“There are two ways to be fooled. One is to…

There’s a guy in Salem, Mass., who does some really…