This weekend I attended the long awaited return of Adam Dreamhealer – http://www.dreamhealer.com – to Los Angeles. 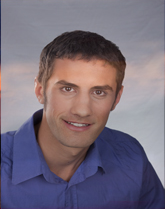 His last event scheduled in L.A. had been cancelled, so we here in Southern California were ready. He didn’t disappoint.

Adam “Dreamhealer”, for those of you who don’t know, is a 22 year old energetic healer who discovered his gifts when he was 15 years old, by healing his mother of debilitating symptoms of Multiple Sclerosis. He then went on to give treatments to many people, including a Canadian musician by the name of Ronnie Hawkins. Hawkins had pancreatic cancer and had been given a death sentence by his doctors. Adam contacted Hawkins and, with nothing to lose, Hawkins agreed to allow Adam to treat him distantly with energetic healing. Hawkins is alive and well, living cancer free today. Hawkins is convinced that he has Adam to thank for that.

Adam wrote his first book “Dreamhealer: A True Story of Miracle Healings” when he was 16 years old and has since gone on to get degrees in molecular biology and biochemistry. He is currently working on a degree to become a naturopath.

The workshop started with a short video of testimonials intercut with clips of Adam doing group treatments. Frank, Adam’s father, introduced Adam by giving a casual bit of background on this amazing healer, and their journey of discovering his talents, not that most people in attendance didn’t know a lot of it already, but it was still fun to hear. His father seemed to be a very approachable.

When Adam came out, he got right to the point. There was no, “Hey, who here is from Philadelphia?” type nonsense to prime the crowd, no priming was needed.
Everyone there seemed to be interested in one thing, and one thing only, learning how to heal, whether it be for self or others.

Adam began with the scientific aspects about how our bodies, on a cellular level, work with regard to pain, illness and disease. What I found particularly interesting is how he explained the concept of light as energy and vice-versa. (At least, that’s what I got out of it.)

He then went on to prepping us for the healing treatment. 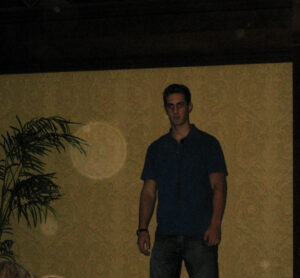 This consisted of exercises of how to expand our aura, and how to merge it with others in the room. When the first treatment began, the energy was palpable. The only downside, I think, was the idea that we were experiencing something so remarkable, that many of us couldn’t decide what part of our body to work on for how long to utilize every nanosecond of what we were experiencing! When Adam told us to open our eyes and look at the energy, we all (all 300 of us) were engulfed in a mystical haze, visible to the naked eye. The experience of ‘sitting inside a communal aura’ was indescribable.

Before the second session started, there was an opportunity to buy Adam’s latest book, “Intention Heals”, upon which a lot of his lecture was based on, and to get it signed. His DVD (“Dreamhealer: Visualizations for Self-Empowerment”) was also available, which I had been on the fence about buying for some time, since all the same visualizations are the same as in his second book, “The Emerging DreamHealer, A Guide to Healing & Self Empowerment.” However, I did buy it, and I’m glad I did. It gives a clearer idea of how the visualizations work, over and above what is in the book. Unfortunately, it was only Intention Heals and the DVD that were available. Not that they were that great of a deal, you can probably get them cheaper on Amazon, but it would allow people to get them signed. (Of course, maybe that’s why they don’t do it, so he doesn’t have to take too much time to sign so many. They do ask that you not ask him questions during the signing, so that things keep moving.)

After lunch, Adam went a little deeper into some specific visualizations and we ended with another healing. I would have liked a brief list of suggested visualizations for more ailments (specifically, I would have liked to hear about injuries with respect to nerve and muscle damage), but he did give some suggestions, including one for Cancer and spent a fair amount of time on how cancer works and how to visualize removing it, one for lungs, and gave suggestions on what type of visualization to end with (the waterfall).

I did, however, like that the workshop was ended early enough in the day to get home at a reasonable time, given that so many people came from long distances to see him. If there were only one thing I would have changed about the workshop it is that I would have preferred it on a Saturday, rather than a Sunday. I would rather have traveled Friday night and come home Saturday afternoon so that I could have Sunday to rest and process the info rather than having to jump back into the week not having had any sort of weekend. But considering what I got out of it, it was well worth it. I would gladly return time and time again to attend these workshops if they were close enough for me to do so.

What I liked best about the information Adam gives is the combination of grounded, scientific data with the metaphysical, energetic process. As a huna practitioner, I see great similarities between Adam’s “intention heals’ concept and huna shamanistic healing techniques. While Adam’s information has more concentrated scientific data, and huna more of a psychological component, both are firmly grounded without the risk of too much esoteric ‘woo woo’ that chases so many people away.

Adam noted in his lecture that, in 1847, a physician named Ignaz Semmelweis advocated hand washing as a means of preventing disease. At the time, Semmelweis was reviled by the medical community for his ‘preposterous’ theories. Adam theorizes that as appalled as we are today to think that physicians didn’t wash their hands between surgeries and patients, is how appalled people 150 years from now will be when they look back at us and the idea that patients were not given an active role in their own health care.

It is my theory that 150 years from now, Adam will be as recognizable a name as Edgar Cayce, if not more. He could have done anything with his healing gift. He could have simply become the “healer of our lifetime.” But he chose (or should I say, ‘was chosen…’) to take the concept of energetic healing to a new level, combining science and intention to help people help themselves. Adam is only 22 years old. Through science, results and the years ahead, it’s anybody’s guess as to how far he may be able to drag the skeptical and unenlightened into the 21st century and beyond. #

Book 1:
Dreamhealer: A True Story of Miracle Healings
The story of how Adam discovered his abilities.

Book 2:
The Emerging DreamHealer, A Guide to Healing & Self Empowerment
Techniques to use to initiate self-healing.

Book 3:
The Path of the DreamHealer: My Journey Through the Miraculous World of Energy Healing
Discussion of how health is integrative, introduction of science with regard to healing with intention. I have not read this book yet, but I’m told it’s the most comprehensive as far as ‘putting it all together.’

Book 4:
Intention Heals, A Guide and Workbook
New insights on intention with prompting to help you ‘think’ about your intentions.

DVD:
Dreamhealer: Visualizations for Self-Empowerment
Animated visualizations with suggestions about how to visualize specific illnesses. (Also covered in book 2, but the animation adds a level of awareness of how to perform the visualizations.)

(If anyone sees any factual errors in this article, please contact me.)